Congratulations to Eve Dale who has won a gold and a bronze medal at the recent U18 Silver event in Oxford on Saturday 18th March.

Playing with Ryan Curtis in the mixed doubles, Eve won both group games in straight games before moving on to defeat Notts pair Emma Hooper and Lewis Kissane in the quarter finals. In the semi finals, Eve and Ryan were unlucky to draw the eventual winners, Essex pair Pillai and Chu, only narrowly missing out on a place in the final losing 17-15 in the 3rd. A well-deserved bronze medal nonetheless.

In the womens’ doubles, Eve paired for the event with Worcestershire’s Elizabeth Hambling and  the girls duly won their group before an easy win in the quarter finals. The semi final looked a bigger challenge against #2 seeds Molly Goode and Abbie Smith from Hertfordshire; however Eve and Elizabeth won through to the final in straight games 16-14 16-14.

The final was played against local Notts rivals Megan Attewell & Amy Keady. This time Eve was able to reverse their most recent encounter which had seen the Notts girls win in their U18 Shires League fixture. Today saw Eve & Elizabeth winning another close game 15-8  8-15  15-12 for the gold medal! 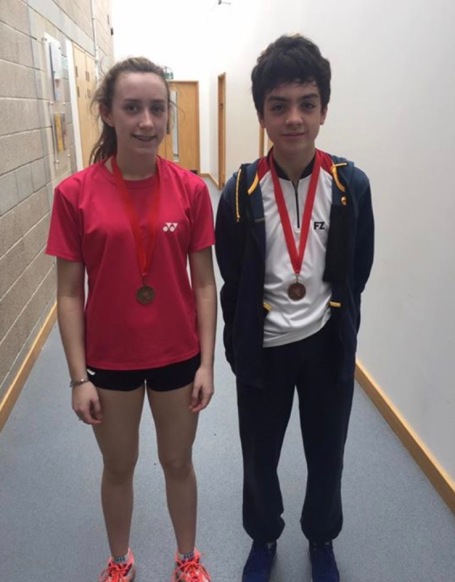 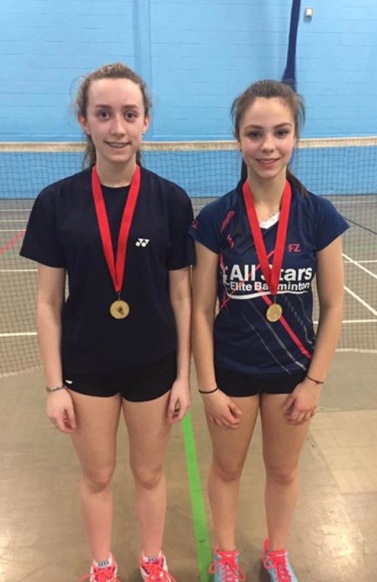