In the finals of the Under 18 Leicestershire Schools League both Leicester High School and Loughborough Grammar School retained their titles.

In the first girls semi final Leicester High A team had a fairly easy and predictable win against their B team, whilst in the second semi final Loughborough High had a much tougher task in overcoming the strength of Beauchamp College’s Michelle Luo. Although Luo was unbeaten in both singles and doubles Loughborough had a little more overall strength in depth, winning the tie 5-3.

In the girls final, Leicester High A showed their class at singles taking a 4-0 lead in to the doubles. Although Loughborough’s Katie Frost and Aradhana Topiwala won both doubles, this was not enough to prevent Leicester High from retaining their Under 18 crown.

In the first of the boys semi finals Beauchamp showed their superiority at singles beating Groby Community College 6-2. The second semi final was a different affair with the tie going to the last rubber; Loughborough’s Deon Chung and Hamza Ali beating Bosworth’s Cam Collins and Stefan Grubisic 21-16 to earn the team a 5-3 win.

In the boys final Loughborough Grammar faced the same task against Beauchamp College as they did against Bosworth Academy. Trailing 4-1 after the singles and the first of the doubles, Beauchamp rallied to take the next two rubbers. With their match score once again at 4-3 Chung and Ali had to beat Beauchamp’s Ethan Sheard and Billy Stevely to avoid a 4-4 result and a count-back on points scored. After an even start to the match Chung and Ali slowly moved ahead and ran out 21-14 winners, Loughborough thereby retaining their title. 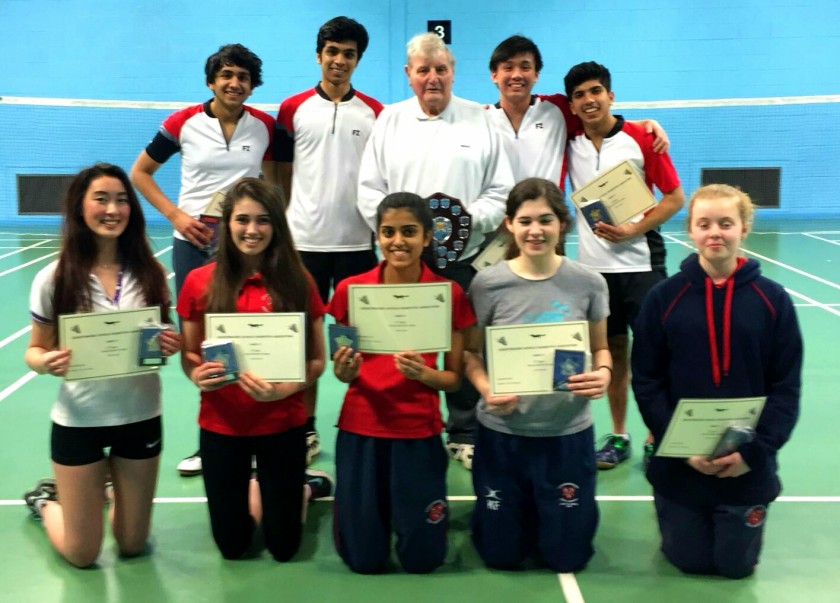